Get The Royal College of Surgeons Rewards

As part of your membership you get to experience and enjoy RCS lifestyle rewards.

Save 10% on Handcrafted English Shoes...

Joseph Cheaney & Sons have been producing some of the finest, handcrafted English shoes for over 130 years in the same red brick Victorian factory, which has provided its headquarters since 1886. Located in the small village of Desborough on the outskirts of Northampton, Cheaney are dedicated to handcrafting elegant, durable and sustainable footwear for both men and women. From initial pattern design, leather cutting and closing to the final polish, the 8 week process takes place entirely under one roof, culminating in a Goodyear welted product that is purely made in England. Over 140 skilled craftsmen and women ensure that every process is proficiently executed with intricacy and finesse.

Founded by Joseph Cheaney and his son Arthur, the company initially focused on crafting shoes for some of the most premium retailers around the world. The founder’s grandson, Joseph Humfrey Cheaney, worked for the business for 51 years and realized that the company’s future lay in building its legacy under an eponymous label. Cheaney was bought by Church & Co in 1964, catapulting availability of the brand’s products to retailers all over the globe. Due to this successful growth, Cheaney was awarded the Queen’s Award to Industry in 1966 and in 1971 and the brand continued to thrive. The Church family have been making fine footwear for five generations and cousins Jonathan and William Church subsequently conducted a management buy-out of Cheaney from Church’s in 2009, which was by then, a wholly owned subsidiary of Prada. This continued commitment to honoring the traditional shoe-making processes whilst embracing innovative methods and machinery has seen Joseph Cheaney & Sons thrive under the Church cousin’s leadership.

There is a strong correlation for Cheaney between paying homage to tradition and whilst also continually looking to the future and this blend between past and present is woven within the fabric of the footwear produced. The Goodyear Welt construction method has long been revered as in indication of premium quality in English shoe making and involves a strip of leather, known as a welt, being sewn around the perimeter of the upper to which the sole is then stitched. It is this construction method that enables shoemakers to completely remove the sole and refurbish the footwear, prolonging the life and longevity of the shoes, allowing for a more sustainable product. Only a handful of shoe manufacturers in the world use this method, which was first invented in 1869, and Cheaney is one of them. Every pair of shoes produced goes through over 200 separate processes. It is this craftsmanship, sharp attention to detail and premium materials that result in a quality that is unparalleled.

The brand supplies to over 100 stockists in the UK and 200 internationally, and operates 11 standalone stores in the UK, exclusively designing a product that allows customers from all over the world to invest in a piece of British heritage. This dedication to quality and British manufacturing was recognized when Cheaney was awarded a Queen’s Award for Enterprise for International Trade in 2016.

We are please to offer members a 10% discount on full price items redeemed online.

Simply use the code LIFESTYLE10 at the checkout.

Please note the discount is only applicable via the UK fascia of the website. 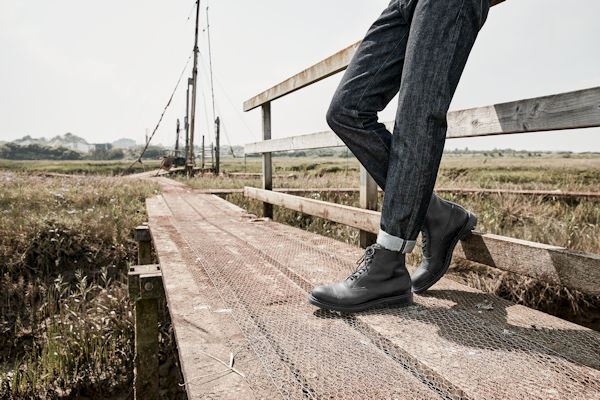