Get The Royal College of Surgeons Rewards

As part of your membership you get to experience and enjoy RCS lifestyle rewards.

The Hebridean Liqueur Company specialise in the creation and manufacture of liqueurs. We are a small family business based in Helensburgh in Argyll on the West Coast of Scotland. Our products are attracting attention worldwide as consumers seek out new and interesting flavours and experiences.

Made from 100% British grain this London made gin has a smoothness married to a lovely Juniper aroma.

Inspired by the Coleridge’s masterpiece, Ancient Mariner Gin recalls one of the most memorable poems in the English language. From the terrifying space of the open ocean, the storms and whirlpools of an unknown sea, the vast icy caverns of Antarctica and to the hot equatorial seas swarming with monsters, all these visual elements combined with the magnificent engravings of Gustave Dore, have made a lasting impression with mariners throughout the world both at publication in 1798 to this very day. The haunting story of the Ancient Mariner who shoots the Albatross, bird of good omen, still resonates with thoughts of good and bad luck with sailors everywhere.

The Original Lakeland Liqueur was our first brand and was first produced in March 1995. It is on sale throughout Great Britain and it is one of the top selling whisky liqueurs in many specialist retailers in the North of England. It is available in quality delicatessens such as J & J Graham in Penrith, Lucy's in Ambleside and Cornerwise in Keswick.

Hebridean Whisky Liqueur was a direct result of customer request in 1996 for an alternative to traditional Scottish liqueurs. It took about a year to develop and is our top selling whisky liqueur throughout Britain. Top selling retailers for Hebridean Whisky Liqueur include Royal Mile Whiskies in Edinburgh, Globalwhiskyshop.com in West Nile Street in Glasgow and Callaghan’s Delicatessen in Helensburgh.

High Peak Liqueur was inspired by a visit by Roy Lewis to the Blue John mine in Castleton, Derbyshire back in 1979. Twenty years later this liqueur was launched and has been a steady seller ever since. Chatsworth farm Shop and The Wee Dram in Bakewell Derbyshire are two of out top retailers for High peak Liqueur.

William Shakespeare's Whisky Liqueur has an inner warmth with a tangy orange overtone. It took 2 years to develop the recipe and presentation of the brand. A visit to Stratford eventually held the key – in the last room in the final visit to the last Shakespeare museum, Roy Lewis finally spotted what he had been looking for – an example of a glass bottle from Shakespeare’s day. After a long search, a bottle supplier was found that could supply a similar shaped bottle, which then led to the unique look and feel to the brand. Many customers buy this liqueur because it looks fantastic and tastes wonderful - it makes a superb gift, particularly for anniversaries, birthdays and of course, Christmas.

Lord Nelson's Spiced Rum Liqueur has been the fastest selling liqueur to date. Our first batch sold out in 3 weeks, a record, and sales are increasing fast as the word gets out. Nelson is available mainly at our promotions, which are held at consumer events around the country. We have found that anyone who enjoys rum based drinks, loves Lord Nelson - why not give it a try and be one of the first to experience the Demerara rum liqueur with a subtle vanilla after taste - delicious on its own, over ice cream or with a wide range of puddings.

The Iron Duke’s Number 1 London Brandy Liqueur came about after extensive research on Nelson, Napoleon and Wellington as part of the Nelson liqueur process. Wellington liked the French and was a brandy drinker, so the natural path to this brand was to use French brandy. Several brandies of various ages were tried, including a 5 years old VSOP brandy, one regarded as the best available. Then I received a 10-year-old XO brandy – there was no competition so this new brand was to be based on the best brandy we could buy.

Italian Liqueurs -a couple of years ago, one of our Show Distributors was approached at a County Fair by someone working for the Russo Company in Italy with a view to importing our liqueurs to Italy. After a couple of conversations, I was intrigued with their liqueurs so much that they sent over a couple of cases for us to try - we placed our first order for Limoncello, Mandarino and Lemon Cream. These were a real hit with our customers and now we have nine of their liqueurs on our books!

FREE DELIVERY on all orders

I really can't believe it. Ordered yesterday - received today!
My sister, Pam, is delighted and so am I. Thanks yet again for your excellent service - not forgetting the excellent product. It's the only alcoholic beverage Pam will drink!!! You must admit that the Original Lakeland Liqueur tastes better than a bunch of flowers!!
Craig Moffett, Aberdeen, Scotland

Most whisky liqueur drinks are too sweet for my taste and I have found yours to be just right.
J.A. Broughton, Hampshire

This was the best whisky liqueur I’ve ever tasted. Our friends brought it back from Scotland.
Judy Hein, California, USA

The Lord Nelson’s Spiced Rum Liqueur was greatly appreciated at the Banquet and I hope the forthcoming maritime year will give many similar opportunities for it to be enjoyed by all.
The Rt. Hon. The Lord Mayor, Alderman Michael Savary

Back to Wine Cellar & Drinks Cabinet 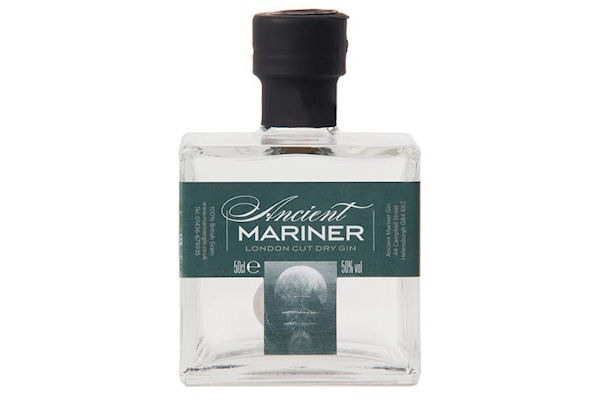